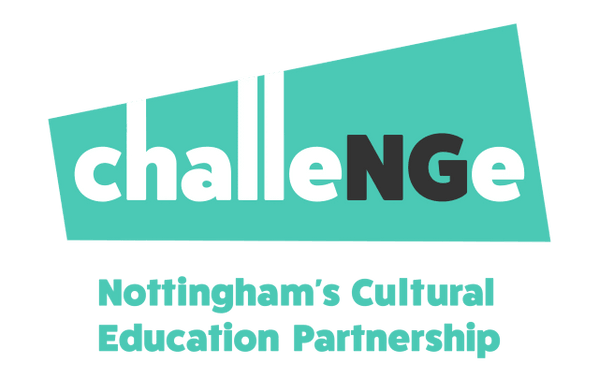 Tell us about your project.

Primary is an artist-led space that supports creative research through artist studios, residences, public exhibitions and events. Our three year Making Place Programme at Primary focused on three questions connected with the city and community engagement with place:

Inheritance– what do places themselves inherit and which histories of those places are preserved?

Imagination– who imagines the city and how do they imagine it? (This is a very important for young people and especially for those whose voices may not usually be heard.)

Intervention – how can we intervene in public spaces to interrupt, enliven and reimagine a neighbourhood through creativity and play?

Chimera Plantarium is one project within the overall programme. This developed from a request by Nottingham City Council for Primary to find an artist who could work in Lenton to create a public art work. The project involved young people from one Year 5 class (continuing into Year 6) and teachers at Edna G. Olds Academy working with Chiara Dellerba, an Italian artist and designer. They co-commissioned her to develop a public mural in a newly redeveloped site near the school. They chose her conceptual and complex approach, from a number of proposals submitted by a number of artists. In doing so, and throughout the project, the young people showed an amazing level of sophistication in their involvement.

The project focused on plants growing through the cracks, plants that take root in inner-city landscapes and whose benefits are rarely recognised. Chiara invited the class to learn about the stages in a design process. They observed and mapped their neighbourhood and she led them through a series of workshops in which they were asked to imagine their locality from the perspective of the plants. A chimera is a hybrid of two different living organisms and, in this case, a hybrid of a plant and a human. The young people created a herbarium, a collection of discovered plants, in which they imagined their magical properties. They experimented with different drawing, design and mark making techniques. They made masks which combined plant and human images. Five of the masks were chosen by the class to inform the mural design. Chiara consulted with the group during the design stages and, once it was ready, the mural was mounted on boards within a frame. It was unveiled to much applause at a launch event involving the artist and the young people in Autumn 2019.

Chiara also completed a second mural, commissioned by the school, which is now located in the grounds of Edna G. Olds. She went back to the school in early 2020 to work on a design and printing processes with Year 6, to produce a zine based on the project. The publication is formed of two parts: a series of Herbarium cards based on the plants collected by the children during the workshops, and a series of ‘letters to nature’ written from the perspective of plants. These were inspired by the work of Nottingham-based artist John Newling’s book ‘Dear Nature’. The zine will be printed locally by Dizzy ink and distributed to everyone involved in the project. A digital version of the herbarium cards will also be featured on Primary’s website and social media.

What excites you most about this project?

Developing advocacy for young people is a key issue. There were many lovely moments. It was striking how the young people felt they had made a difference to their area. There was an affirmation of belief in the project and of ownership.

How has the project been affected by Covid-19 and the lockdown?
Artwork from the Chimera Plantarium was due to be exhibited at Primary as part of the Making Place exhibition along with workshops and guided walks for visitors. This has all had to be put on hold. We are currently finding ways of continuing with parts of the project, and hoping to open a version of the exhibition in Autumn 2020. We want to extend it into an ongoing Herbarium of the neighbourhood. We are also reconsidering how Primary redirects resources to support the most marginalised people in our community and to support precarious freelance artists. For example, through the Nottingham ChalleNGe Commission Fund we are developing creative packs for families and children, trying to co-ordinate and use what we do already on mapping, memories and designing play spaces. We want to open up new opportunities for those who may not come to Primary itself.

What have you learnt so far?

We learned a lot, including technical issues about the practicalities of a challenging installation site and the need for us to continually build on the relationships we have formed. In projects like these there has to be buy-in from everyone involved. It was really successful. We received nice feedback and the project still has so much potential. It could ripple out further into the community in all sorts of ways.

Alongside the mural, a series of unique ceramic tiles created by local potter Eric Foxley were installed in the surrounding bank, which inspired the project. This project was kindly supported by Nottingham City Council.

From secret dens in 5 city parks to an online library of creative workshops and storytelling, hear about how the idea came about!